Richard Garfield is the famous designer of the most popular CCG (Collectible Card Game) ever, “Magic the Gathering”. Apart from that he has had success in designing games such as “Android: Netrunner”, “The Great Dalmuti” and “Roborally”. In 2011, he came up with the idea of a fun, dice game called “King of Tokyo”. I have tried it and found it truly remarkable for its category. Read on to find out why!

Do board games fit in categories? But of course! There are games for a whole family to enjoy, called “Family Games”, games with a strong strategic element called “Strategy games” and many many more (see our home page catalogue for a list of available categories and of course most games belong to more than one categories. “King of Tokyo” could well be described as a Family Game but also as a Party Game, a Thematic Game and a dice game.

In “King of Tokyo” you take the role of ferocious, giant monsters set out to destroy Tokyo or rather be the sole kings of Tokyo. It kind of reminds you of B-movies of the 50’s, where giant monsters were all the hype and I’m not talking only of King

Kong or Godzilla but all the other films with incredible titles such “Attack of the Crab Monsters” or “It Came from Beneath the Sea”. There are six different monsters to pick from, each one with its own cardboard miniature. Apart from looks, all monsters behave the same way, there are no special abilities for each one (however this fact is changed through an expansion). Monsters have funny as well as intimidating names like Gigazaur, Kraken, The King, MekaDragon, CyberBunny. Kids are sure to love them and pick out a favourite by looks or name!

All Monsters have their corresponding monster board serving mostly to track the monster’s life points and victory points. All monsters start out with a life total of 10 and zero Victory Points. The goal of the game is either to score 20 victory points or be the last monster standing. Life points are very important because when you reach zero, guess what! You are DEAD! Yes, there is player elimination in this game but you know how that goes… the winner takes it all and that makes sense in the particular game! You can’t pretend to be a ferocious monster and leave your rivals alive. Tokyo can have only one King.

Now, the story: These Giant Monsters appeared from… nowhere! and decided out of the blue to attack Tokyo. Don’t ask me why, I guess they found it pretty exotic (Fukushima nuclear disaster hasn’t happened yet or maybe these monsters may have caused it, through their battles??). So, Tokyo it is. Monsters are on a rampage and are out there destroying everything in their way.

The game has a small orthogonal board, representing the city of Tokyo divided into two distinct places: “Tokyo City” and Tokyo Bay”. “Tokyo Bay” is used only in a 5 or 6 player game. In general, monsters are either in or out of Tokyo (Tokyo City or Tokyo Bay). Only one monster can be in Tokyo. The others are out of Tokyo. Whenever a monster is out of Tokyo, it can heal itself, attack the monster in Tokyo, gain energy or gain victory points. Each one of them can be achieved by rolling the correct combination of dice. Once in Tokyo monsters cannot heal but they gain 2 victory points for free at the start of their round. They can still gain energy.

Energy is used to buy special cards that help you in several ways e.g. to gain victory points, heal or do damage to opponents.

At the start of the game each player picks a monster and takes its figure and monster board, setting life points to 10 and victoy points to 0. At the beginning, no one is in Tokyo. The cards are shuffled and put in a face-down pile. The first three cards of the deck are revealed and put near the board. These can be purchased by all players and have a cost in energy cubes.

Each player in his turn, rolls the 6 dice of the game which have the following effects:

When rolling the dice, players can choose to keep as many dice they want and reroll the rest two more times. Dice kept on the first reroll can later be rolled again or be kept again. After rolling the dice and resolving their effects, the player whose turn it is, may choose to buy a card among the three revealed or pay two energy cubes to discard these cards and reveal three new ones from which he can buy on the same turn. That’s a typical round of the game. In a 5 or 6 player game, “Tokyo Bay” is also used. Whenever a player outside Tokyo deals damage, it must take control of “Tokyo City” or “Tokyo Bay” if either is unoccupied. Players outside Tokyo deal damage to players in “Tokyo City” and “Tokyo Bay” and vice versa. “Tokyo Bay” has the same advantages and disadvantages as “Tokyo City”. But enough with the rules! Off we go for the actual review:

Board: It’s relatively small made of thin cardboard, depicting an imaginary Tokyo under attack. It seems to adequately fullfil its purpose, though it would feel a bit better if made of sturdier material.

Cards: Nicely designed with a cartoonish feel and comprehensive structure. Nothing more to be desired.

Counters: Made of cardboard, nothing special about them..

Dice: Original dice made especially for this game. I liked their size, and weight as well as the futuristic design in black and green. Their weight makes rolling them a very enjoyable experience.Thumbs up!

Monster boards: Nice and practical, they depict the player’s monster in action and have counters for life and VP.

Monsters: Intimidating, creepy or just funny, every character is unique. Miniatures are made of cardboard and that seems fine. However, after seeing Krosmaster Arena, I started to crave more realistic 3D miniatures for every game that uses them. In King of Tokyo, monsters are kind of static, which means they don’t really move except going in or out of Tokyo, so although plastic painted monsters would look nicer it wouldn’t have a practical use and it would raise the cost of the game significantly. This kind of game has to stay at a family-friendly price otherwise it looses its main target group.

All in all components of King of Tokyo are satisfying. There is nothing great about them, but neither any particular flow. 7/10

I had a great time playing King of Tokyo, although I am not a big fan of dice games. As in all dice games luck plays a big factor, which is true in this game too. However there are some factors that reduce the amount of luck in the game such as the opportunity to re-roll the dice, keeping whatever dice you want and the ability to purchase cards that affect the game in various ways. Moreover you can choose, to leave Tokyo whenever you take damage, so there is some decision making and some control over the game which mitigate the sense of randomness. Choosing which dice to keep and which to reroll is of crucial importance. You must know when it’s time to heal or it’s time to attack, where you should set your focus in each particular situation.

The presence of cards in the game, makes it a lot more interesting, although the actual impact of the cards in the game is not so big. Let’s just say that they add to the flavour of the game, giving it some twists which is of course welcomed and gives the game that little touch of strategy that adds to the overall feel and makes the gameplay richer.

Something that usually annoys people is player elimination because it’s a bit ugly for someone to get kicked out of the game and just stay nearby to watch the rest of it. In this particular game, elimination is not so annoying because games don’t last long in order for eliminated players to get bored. In addition, elimination seems tied to the theme of the game. We are talking about giant monsters that fight each other so they should show no mercy about it! I haven’t played yet with 5-6 players but it seems that the game gets even more interesting with the area of “Tokyo Bay” being activated.

The monster characters should have special abilities that differentiate one from another and tie more the theme of the game with the gameplay. This is fixed through the “King of Tokyo:Power Up!” expansion but i think that it should be included in the base game right from the start.

In conclusion, I find King of Tokyo a well balanced game with quite simple yet much fulfilling gameplay. 8/10

The rules of the game are not super simple, neither complicated. There is an ideal balance in gameplay between simplicity and depth. New players will get the hang of it by playing their first game and after that everything regarding the rules will be clear. 8/10

King of Tokyo is a highly thematic game. You are supposed to take the role of monsters, and you really see the monsters. You are also supposed to fight with them and that is depicted through a loss in life points. If it was to be more realistic maybe monsters could gradually get destroyed by losing e.g. a leg or a hand. Such an approach would make fights more realistic but the designer here took the traditional path. You also see Tokyo on the board, although you don’t actually feel it being destroyed. 7/10

One of the strongest assets of King of Tokyo is replayability. No two games can be the same and that is guaranteed by the presence of dice and the cards that are shuffled and appear in a random order. I am never bored to play a game of King of Tokyo and in fact I could play many consecutive games, struggling for a win and trying out my dice. 9/10

This game is huge fun, even if you are not very fond of dice games. You can mock your friends through it, beat their ass, curse your bad luck with dice and of course have a chance to become the one and only King of Tokyo! Kids are guaranteed to have fun with it, especially boys that will embrace the theme and enjoy the looks of the monsters, even maybe make up distinctive voices for each monster when they attack and this way add to the theme as kids tend to do. Big kids may do that too! 9/10 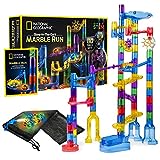