Beads are found all over the world. Many different cultures believe in prayer beads. Some people believe the use of beads helps them to recite their prayers. What about “worry beads?” Middle East businessmen have been known to wear a tasseled strand of 33 beads they call “worry beads,” to help them make decisions. As for me, it would take much more than a necklace of 33 beads to help me make decisions. One never knows though until you try. Maybe I should put together a tassel strand of 33 beads the next time I am up against decision making.

During the Middle Ages, Europeans made beads primarily for religious purposes. In some regions there were laws against wearing any kind of jewelry except prayer beads, the rosary. Many other great bead traditions emerged. Beads have been found in much of our excavations. Historians study the finds to learn about ancestors. Some of the things they have learned from the study of beads found are:

evolving fashions and habits of generations before us

Beads continue to increase in popularity and value. People have become more and more fascinated by the history of beads as well as their significance to different cultures. Beads of all kinds is full of a rich history many people find fascinating as they work with them and create more and more designs. Innovation in bead designs is ongoing daily.

It is interesting to note Turkish eye beads found all over Turkey were and probably still are used to ward off the “evil eye.” Who is the evil eye? I would say it is the devil in my personal culture. As bead artisans learn more about beads and bead jewelry making we also pick up little tidbits along the way regarding how they have been used, and why they have been used or worn. Once we become fired up with enthusiasm about beads, the creative process of making bead jewelry kicks in as well. My first love was for the beads themselves, and not the actual finished jewelry products.

I know it must be exciting to travel the world, visit their local markets and hunt for beads. Africa, Eastern Europe, India, the Middle East, the Far East are all interesting locations for bead hunters, I am sure, as well as unique bead jewelry making traditions. It would take some time to learn differences in what is real and what is fake.

Glass was the most common material used to make beads during the Neolithic era of time in Europe and the Middle East. The Middle East is part of the”exotic lands.” They also had beads of amber, gold and semiprecious stones. I really think a lot of us just by human nature crave that which is novel to us.

Germany is known for their wooden toys. Germany’s wooden beads follow right along after their tradition of making wooden toys.

As for now, I truly am not interested in making beads. I think there is enough to discover already made without creating more. Beads have such a rich and fascinating history it is hard to just skip over to putting them together as jewelry pieces without knowing a little bit about where it all began. For the love of beads, a jewelry artisan most likely emerges. 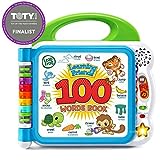 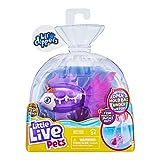 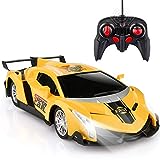